Today is the 21st of December - the winter solstice. It's a time of celebration be it with family,friends,and I would say community but unfortunately there's not much of that left nowadays. All the same the holidays are here whether it's Hanukkah if you're Jewish or Christmas if you're a Christian even if it's just culturally so. Christmas is my favorite holiday due to it being in winter and the fact it's an amalgamation of older traditions (mainly European and to a lesser degree Persian). I enjoy the cool breeze as I'm walking to my favorite coffee shop,the smell of coffee brewing,and the smiles and laughter of those I cherish most only makes this holiday all the better. While such times aren't as numerous as they once were I appreciate being with those special to me.
In
One particular Christmas season that's most memorable was when I was still in high school. Not that the Christmases prior to that one weren't good but this one really struck a chord. I think some of it's due to the fact I was at an age where I was coming into a sense of independence and having a girlfriend that really meant something to me. I remember sitting in the back of a Chevy Blazer one evening when a song came on that from that moment on was "our" song. It was when our hands first touched. It was magical for me .... and probably her as well. It was a beautiful time both personally and the fact that it was a better era. That might seem clique to say but it's true. The overall culture was better and that was reflected in the music and fashion.This was of course before hip hop and rap regularly played on the radio.

Modern "culture" has digressed and there's no point denying it. It's getting uglier out here by the minute. I could go into detail but I probably won't. One day I might. I have my views and know what I know. I'm not exactly p.c. and that's a okay with me but probably not with most people and all I have to say to that is - oh well. They need to heal and deal. For a long time I cared too much what others thought and while it does matter to some degree seeing all the decay that's taken place over the years (and the overall attitudes and lifestyles of most people) just proves that I overvalued their opinions. Most of the vileness in people is the result of decades of social engineering. We've been led to reject the wisdom that the ancients had accumulated over the ages and while at first it seemed "progressive" and fun the results have proven disastrous. The ancients had their guidelines for a reason. It worked. What we're doing out here isn't. Their rules or better yet - guidelines were for the benefit of society as well as the individual. It held the communities together which is what allowed people the extra time needed to gather their thoughts and apply them in experimental ways and not just in their daily routines such as farming,fishing,and etc. 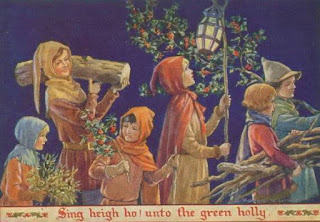 Most people often dismiss the ancients as being superstitious but new research supports some of those beliefs especially in regards to the value of a woman's youth and virginity. It was deemed ideal as far as rearing children goes and apparently science agrees. Even if telemetry hasn't been proven in humans there's still the case of micochrimerism. Women absorb the d.n.a. they share with babies they're pregnant with and it's passed on to other children she'll have whether with the same man she had children with before or the children of any other men. So think about this for a minute. There's a reason with the ancients were adamant about not breeding with women that weren't virgins and it wasn't simply to make bonding with this woman easier. In other words  - if Mike has a child with Stephanie and Stephanie already has children with Bill and Fred then Bill and Fred are essentially d.n.a. donors to Mike's child with Stephanie.Think about that for a minute.

This of course opens up a whole can of worms. Since we know what we're doing as a society doesn't work then how do we go about implementing the knowledge of the ancients and making it work for us? Well ..... it won't fair out well trying to force the genders to live in accordance to their natural roles and placing these stricter  guidelines on people's lives as the damage is already done and likewise chaos would surely ensue.

It's implementation will have to be gradual and in stages. Ideally it would take place by forming segregated communities where children could be reared in a more harmonious manner as the wisdom of the ancients intended. It's likely those playing the parental roles and such will have to live double lives - due to the fact that they're not of such character having been raised in such decadence themselves. This seems extreme and almost impossible to implement and its not even a well thought out concept on my part.

As for now all anyone can do is make the best of life and work on themselves. Not enough people have the insight to see how screwed up everything is (and on so many levels) and for those that do many tend to have a skewed solution on how to go about "fixing" it - whether it's the s.j.w. p.c. types on the left or the evangelical Christians on the right. Neither is a viable solution and would only lead humanity backwards.

I've long since given up the illusion that marriage and long term romantic relationships were for me. I enjoy having friends and spending time with them - quality over quantity of course but that doesn't mean I'm a loner. I'm just not as social as I used to be. Not sure how much of that is due to the excess distraction of such devices like a mobile phone,tablet,a computers,and etc. All I know is that I feel less a part of this society each passing year. I'm not feeling suicidal or anything but ..... none of this makes sense. The lack of a real sense of community has been on the wain for decades but it really seemed to pick up pace in the past decade. 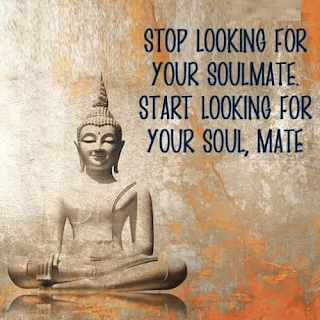 So with that I bid everyone Seasons Greetings and a farewell .... for this year at least. Remember to appreciate what you have and enjoy it to the fullest because life is short even if you live for a hundred years. Excess junk in your life will only weigh you down and less truly is more.